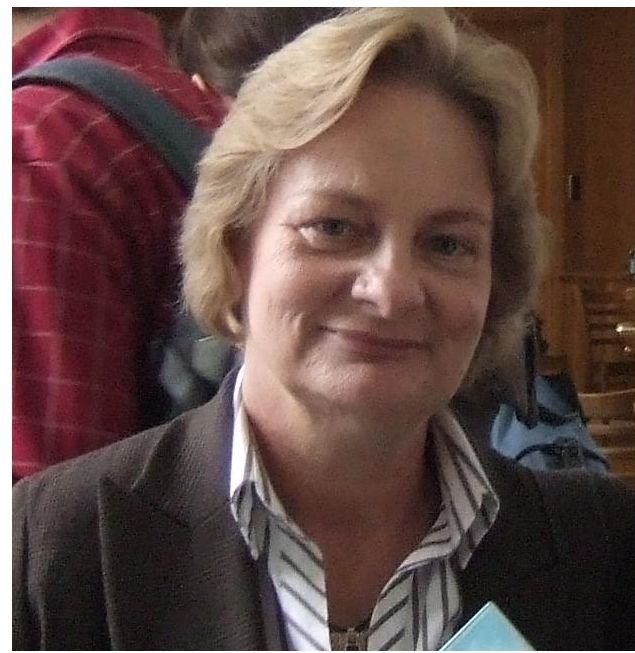 Contributions:
She is author of over 200 original scientific papers and 10 chapters or review papers. She contributed to the understanding of electron transport pathways in thin molecular films and biocatalytic films containing redox enzymes. These investigations included monolayers prepared by self-assembly and Langmuir – Blodgett techniques. She described the contribution of lateral electron transport through hydrogen bonds formed by amide moieties in monolayers of peptides.
Prof. Bilewicz studies on the internal motion in mechanomolecules allowed her to demonstrate using square – wave and reverse pulse voltammetries the motion of components in catenane and rotaxane molecules. She presented electrochemically controlled molecular shuttle and most recently electrochemically switchable foldamers – a surprising behavior of two-station rotaxanes based on macrocyclic complexes of transition metals. By the application of suitable potential they could be switched between two or three oxidation states of the metal center which lead to the folding/unfolding in case of rotaxanes.
Her studies on drug delivery systems based on macrocyclic complexes and lipid cubic mesophases allowed to show the formation of cyclodextrin host-guest complexes with doxorubicin, ibuprofen, dopamine and to propose ways of strengthening these complexes by appropriate modification of the hosts to make them e.g. pH-dependent This allows fast release of the drug from the drug delivery vehicle at pH of the cancer cells will keeping it inside the carrier in the environment of healthy cells, and decreases the toxic side reactions of the drug.
Professional Societies and Awards
Kemula Prize, 1997
Warsaw University Prize for Scientific Achievements 2001
Swiętosławski Prize for research achievements, 2008
Polonia Restituta Medal for scientific achievements, 2013
Appointment as member of Hercules Science Commission of Flemish Government concerning funding of research and innovation in Flanders 2009-2019,
Appointed as Panel Member Standard EF Scientific Panels: CHEMISTRY Marie Skłodowska-Curie Individual Fellowships
Member of Advisory Boards of Electrochimica Acta, Electrocatalysis, ISE Publications Committee.
Panel member of Dream Chemistry award of the Institute of Physical Chemistry Polish Academy of Sciences
In 2011 selected to the Board of Bioelectrochemical Society (BES)
In 2014 selected as Chair of the Bioelectrochemistry Division of International Society of Electrochemistry (ISE).