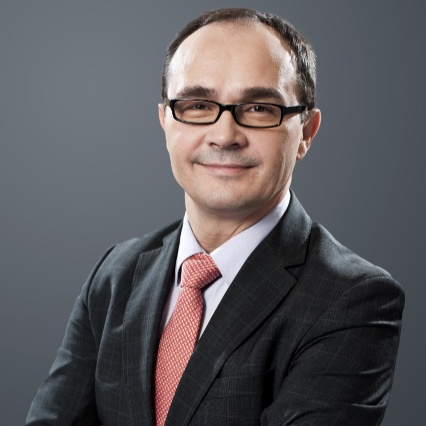 He studied at the Warsaw School of Economics, on the Department of the Foreign Trade and then in Germany at the University of Essen, on the Department of the Business Management. Since 20 years is professionally associated with the Franke. His career in the structures of Franke Artemis Group started as the Manager of Controlling Department of Central and Eastern Europe. For eight years he was managing the company’s financial processes and he was implementing common international system of financial and consistent reporting systems. From the beginning of 2003 he assumed a job as Director of Business Development in Central and Eastern Europe and also as a member of supervisory boards of Franke companies in Poland, Russia, Czech Republic and Ukraine. From 2006 until today he holds the position of the President of the Franke Poland Management Board and also he holds the position as a Regional Director of Eastern Europe.
In 2014, he became a President of the Board of Polish-Swiss Chamber of Commerce.